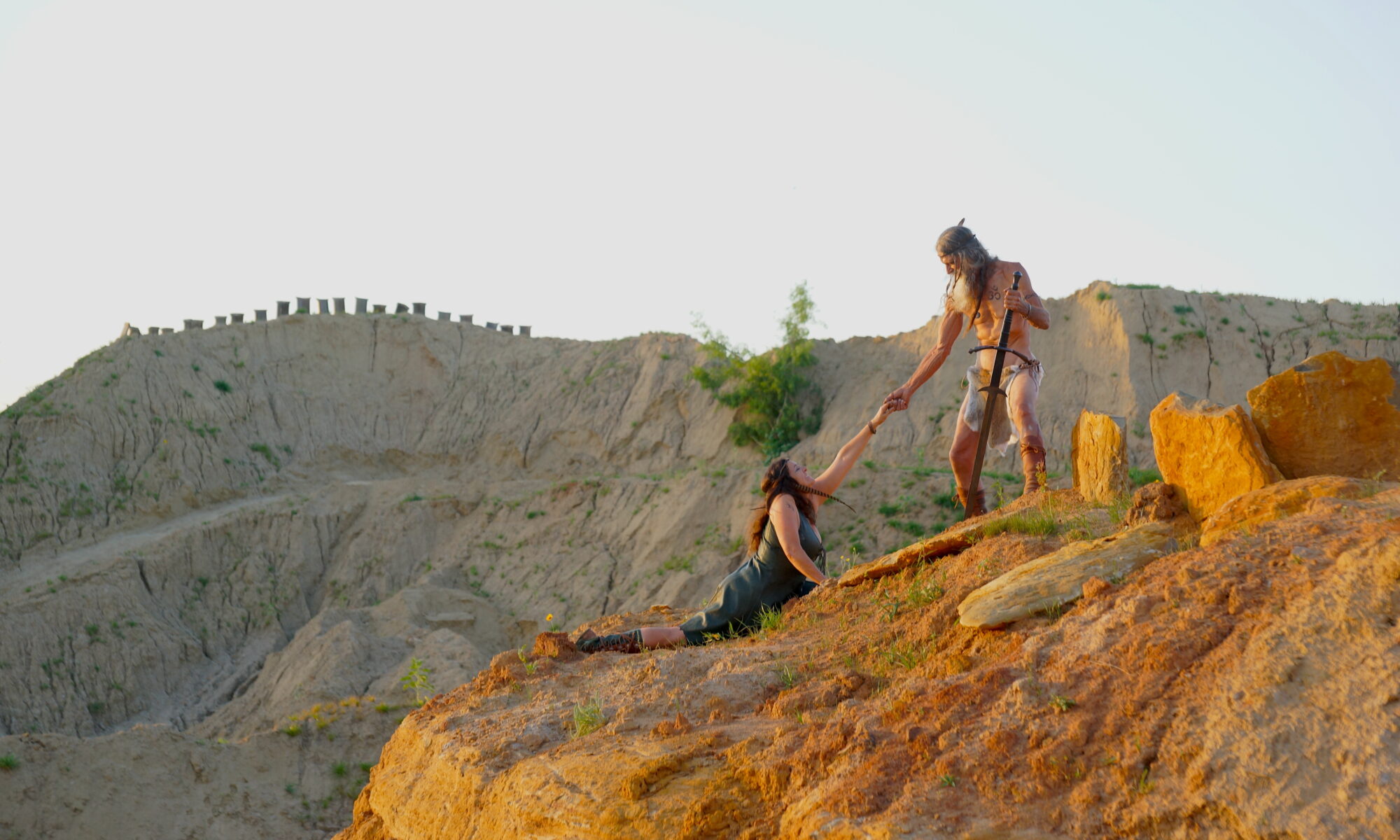 Which people stand up for other Beings like whales, monkeys, birds, dogs, horses who can not defend themselves from damage or extinction due to humans & technology?

What price will we pay for the luxuries of the modern world? The toxicity of the manufacturing processes that create everything we take for granted, packaged in plastics, chemicals in such common things as pizza boxes that have unknowingly poisoned most of the people living in the modern world. The pesticides, cleaners for industry or home, carcinogens or medicines that get flushed into the rivers, lakes, and oceans kill silently over many years, not necessarily instantly.

This is all directly attributable to humans and mostly to the grand global corps mining gold, copper, and other materials we need to create the incredible computers, screens, and phones most love so much. How does the primitive man fight back around the world when technology rules the day? Take away the guns and how do the people ever play a role in what the rulers say?

Without considering CO2 which is necessary for green life on our planet or greenhouses to thrive, for the dry ice to package meat, slaughterhouses closing for the lack of it. How do you create more other than burn natural gas to capture that critical fizzy part of every soda machine on Earth, money flowing in a liquid form of CO2 so many love, are even addicted to… coming to a screeching halt. What will all the addicts do if suddenly no caffeine/sugar/melt-your-teeth-fizz is gone?

What will it take to shock and awe the masses into following directions according to the plan by the UN which may be due to the lack of the masses’ ability to influence or control the agenda? How long will the masses of biological computers be poorly grounded, nourished, and operating on 1/2 speed or less as the toxins, injections, poisonous foods, and habits have crippled the mass that forms the human masses? What of the other supercomputing humans who create alternatives to the plan laid out by the few for the many they wish to dominate instead of empowering. Truly the division between the white hats and warriors of Freedom contrasts the Brown Shirts of the people who wish to eliminate alternatives to their narrative.

A healthy society can not grow under those conditions and a crisis will come, possibly created in order for those with the most power to attempt to distract, create more fear, and guide the sheep into the massive corals already prepared for the gathering ahead. The shepherd never intends for the flock to go free once they are grown, nor do the masters who fear the flocks may stampede at some point and endanger them. Time to thin the flocks it appears.

If in technological terms, you do not keep upgrading the hardware and maintaining the box that holds all the chips then you will see your computer crash, your car stop running over and overheating, effectively inflammation. Humans are the same as computers in many ways, biological computers that are software and hardware-based operating systems which science has proven can be programmed, reprogrammed, or even memory erased through clever methods much like hacking on the internet these days.

The best defense to anything from sales technique to propaganda is to understand how it works and why it is so important to know before the techniques are applied on you rather than escape the effects it can have on you before you know. Like exposure to lacquer thinner which seems to evaporate instantly off from your bare hands, it actually gets absorbed at the same rate through your skin and may take 30-40 years before the tremors which resemble Parkinson’s show up in your body if you live that long. First in the hands where the nerve endings were fried by the Toulene, benzene, or other toxic chemicals that few read the labels on or understand prior to using. How do we educate the children about this so that they may age better? Teach them about the dangers to both mind and body while they are young. Why do we as a society ignore that as parents and put that responsibility on schools?

The current changes in schooling, the growth of home or remote schooling will lead to many changes, but foremost I hope that teaching children both of these critical issues of the masses. One is that you are one of the masses producing CO2 because you breathe and are alive, as are trees, other animals like you, as well as volcanos but do not really stop us from finding peace, creating more food locally and empowering the many to care for the real masses.

IF humans respect the rest of the masses and do not pollute, waste less individually forcing less packaging, less destruction, more respect for some universal values, the wisdom but also the dogma of elders so there is dialogue, not narratives. Wii, all the Is of the world working together need to help protect not just the babies but life in every form that we can care for knowing it takes all of us to create paradise, but only humans to destroy it.

War destroys all things and the preparation for it, the testing of sonar destroying the hearing of all Beings under the water, most of the surface of the world, as well as above if you measure global warming by explosions that takedown countries in a week. The forest fires from the energy that comes from the sky, lightning or laser, the consequences are the release of massive Carbon back into the world… ash upon the ground, gasses high up in the air faster than any human could catapult them.

Truly Wii (all of us Is that may read this or hear it spoken), as a World Union of Beings (WUB) that can make a difference, joining with the rest of the creatures that can not speak Human at the UN to protect themselves. Wii, the masses of flesh that create and sustain paradise, even if only a bee or worm, is critical to the balance of life on Earth.

Why is there no such voice or entity in a day of instant communication around the world, slightly restricted but still porous enough for a movement to connect all Beings and form such a Union of Beings…? Is there going to be a counter-voice for the masses and their proxy voices, humans speaking out for all the Beings who can not speak Human at the podium to defend themselves? The national leaders who seem to be screwing things up by forcing the masses to do what will only benefit the massive corporations that have no heart, have no brain, and draw fuel through taxes of the living working masses, to destroy the rest of nature without asking? Wii, the World Union of Beings needs to join as One voice at some point, many united in one or two words that Wii all share a passion for… Love and Peace have been trounced in deceitful use.

What new words will be created and used to define the new paradigm of communication in a day when a thought can circle the world in a minute, touch a million or even a billion people, like a virus, seeding the masses that can read, see, or hear that magical word that would link us all as One voice? Can such words be created to define and thus enable, empower, and manifest such a common entity coming into the dialogue, a virtual voice to communicate what the Masses agree on, and can learn from as Wii adapt into what it will take to create a World Union of Beings instead of Global Corporations and Government controlling the narrative? If created, could they be censored, shadowbanned, and stopped by mass media before they could save the world from a destructive narrative that leaves out the masses in the decision-making processes that determine the future of our planet?

The answer is yes. So like a virus, it must be able to spread quickly, morphing as needed to reach all people and thus inoculate them from the tools that are being used to rule the world. Welcome to a world of Wibblry, the words that can work like a virus and become part of the language of WUB that can not be stopped from seeding all the languages, all the people who protect the masses and speak out for them, thus in Union, and perhaps finally be heard. United Wii stand, Divided all fall. What is real in the world today and what is just a fantasy? How do some of us ever know?

Perhaps soon that group of WUB representatives realize what must be done is not for money, not for wealth, but as part of the purpose and meaning of our lives on this planet. Using our energy of life in our body to make our planet better to live in for as many of the Beings wii share it with is the perspective that ought to be taught to all who can learn of it and thus share.

Once humans agree, aside from national interests based on economics, corporate profits, and bankers ruling who gets to participate in the solutions, empowerment, or future of our world. Wii, the masses of Beings that generate the CO2 which makes life possible ought to have a say in how our future is measured, the value of the CO2 that manifests in life, every breath you take creating more… the question being… what are you doing as you pollute the world with the very gas trees, plants, and many things like humans need to stay alive and thrive?

Savor the day, Unite in every way. Let us create the solutions of the day.

Salvaging the best carbon from the past to build a future with all the Beings on the planet, not just humans.